B+LNZ Genetics exists to help commercial farmers make the most profitable breeding decisions for their particular farm management system.
It does this by ensuring breeding objectives are commercially focused and developing easy-to-use selection tools, such as New Zealand Maternal Worth (NZMW) and New Zealand Terminal Worth (NZTW). 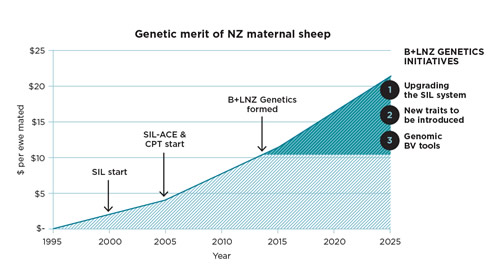 B+LNZ Genetics was established in 2014 to consolidate New Zealand’s sheep and beef genetics research and innovation into a single entity. As a division of the farmer-owned industry organisation, Beef + Lamb New Zealand (B+LNZ) and are funded by sheep and beef levy payers and the Ministry of Business, Innovation and Employment. We are supported by additional investment from third parties, including meat processors, breed societies and commercial entities interested in sheep and beef genetics and genomics.

View a copy of our Research and Development book below which overviews the current activities of our programme. 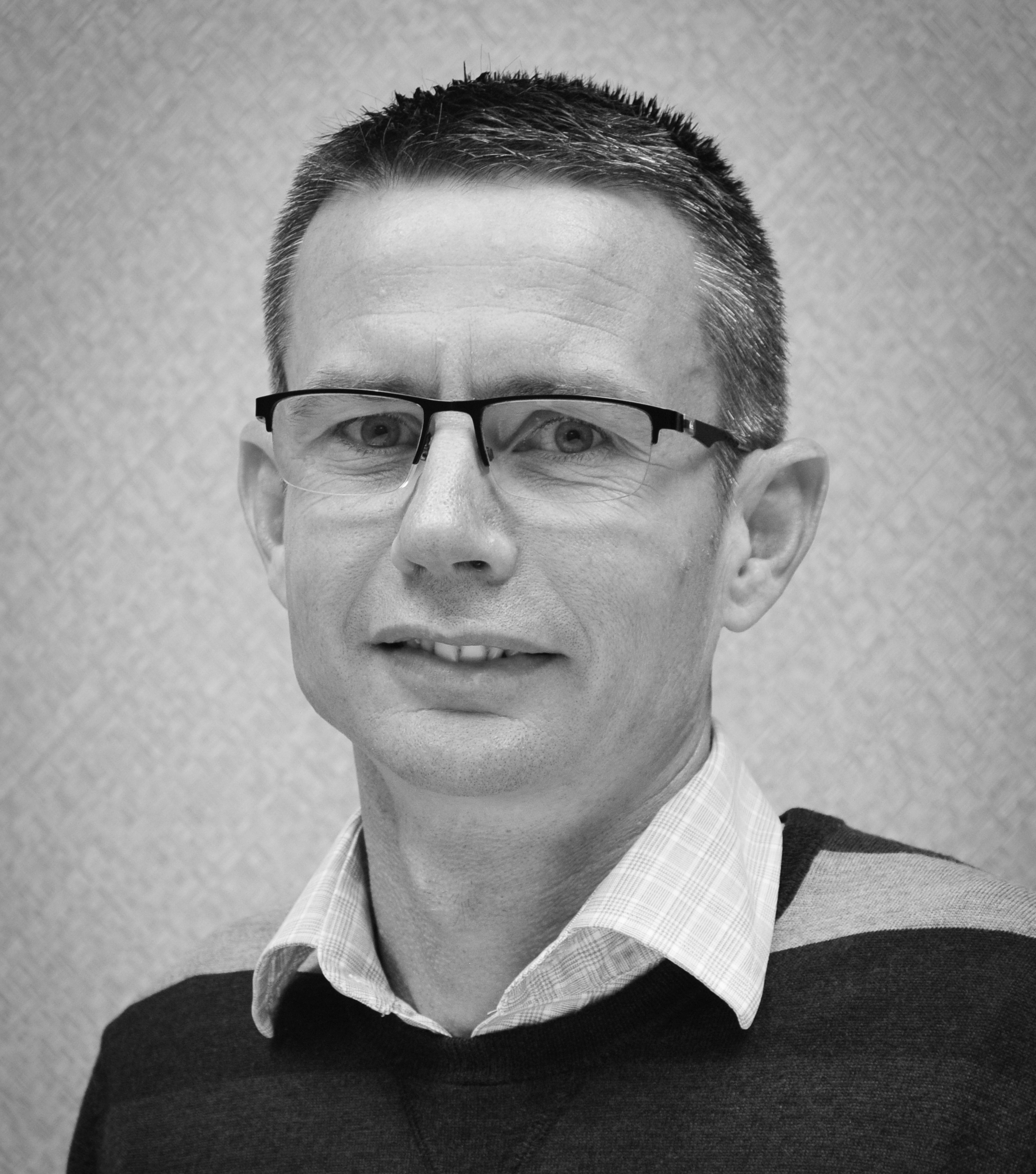 Dan Brier was appointed B+LNZ Genetics new General Manager in October 2019. Dan grew up on sheep and beef properties in Coromandel and the Northern King Country before training as a veterinarian. He started his working career as a large animal vet in Te Awamutu, followed by a role in Gisborne as a sheep and beef veterinarian. After 6 years as a vet, Dan and his family began sheep and beef farming near Te Awamutu. In 2013, he started a role at Landcorp/Pamu overseeing the organisation’s northern and eastern North Island sheep and beef properties. Dan is also the B+LNZ Farming Excellence team leader – a role which encompasses research, sector capability, the Future Farm programme, product development and extension design.

As a farmer and vet, I see genetics and farm systems as key to our farming success and, in the complex world ahead, they will only become more important. I’m looking forward to working with the B+LNZ Genetics team and breeders to ensure commercial farmers have the tools they need to make good decisions for their farming operations. 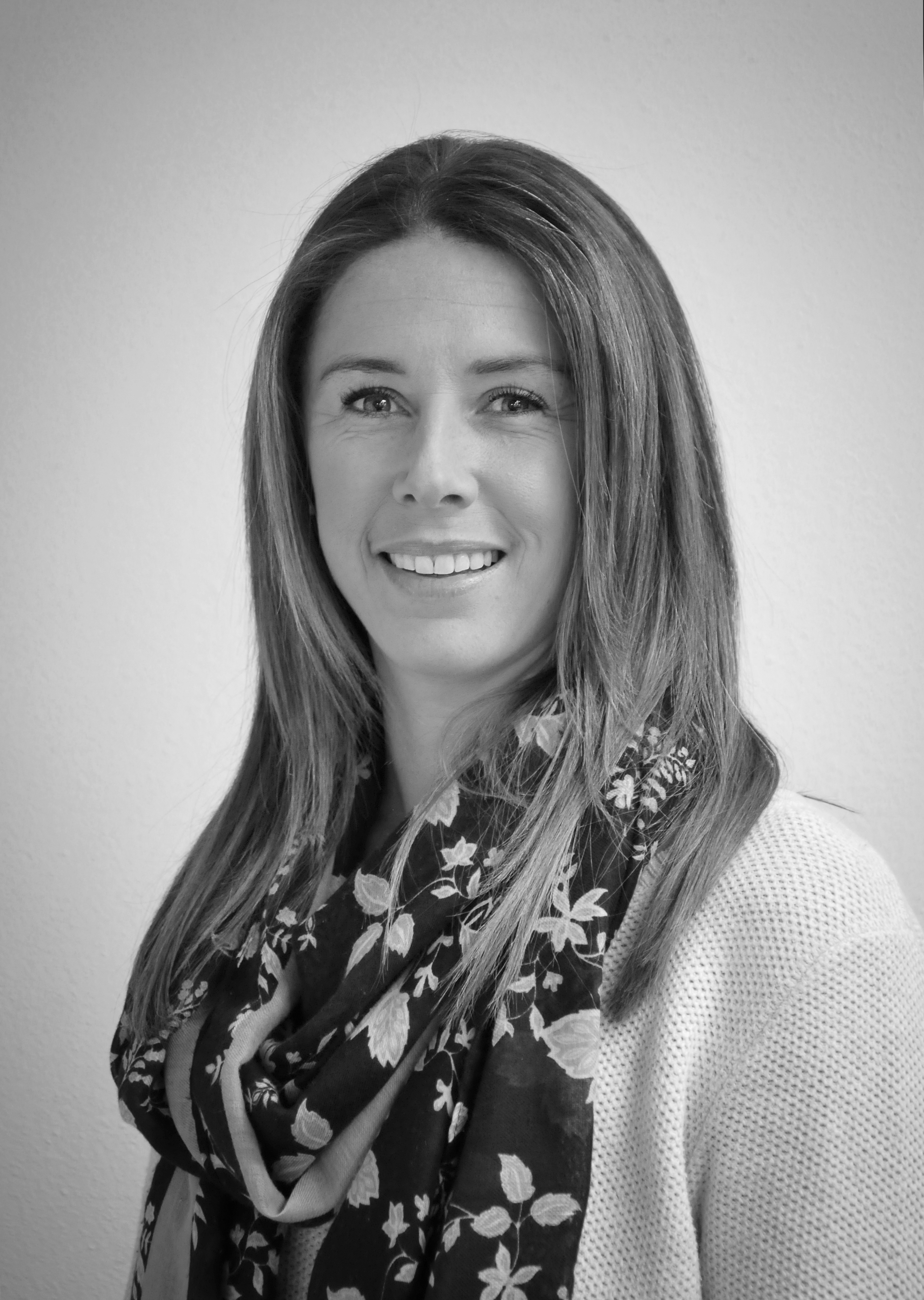 Anna holds a Bachelor of Science in Zoology and previously worked for the Animal Genomics team at AgResearch, leading research programmes such as the Maternal Longevity Beef Cattle project. In 2018, she joined Beef + Lamb New Zealand (B+LNZ) as the Northern South Island Extension Manager. Anna is passionate about beef cattle and genetics. She was born and raised on Haldon Station, in the Mackenzie Basin – a 22,000-hectare property running Merino and halfbreds, Hereford and Angus cattle, and red deer – during which time she became increasingly involved with the running and recording of the Genepool Hereford stud. Anna's role is based in the field, managing progeny tests, research programmes and working with our breeder community 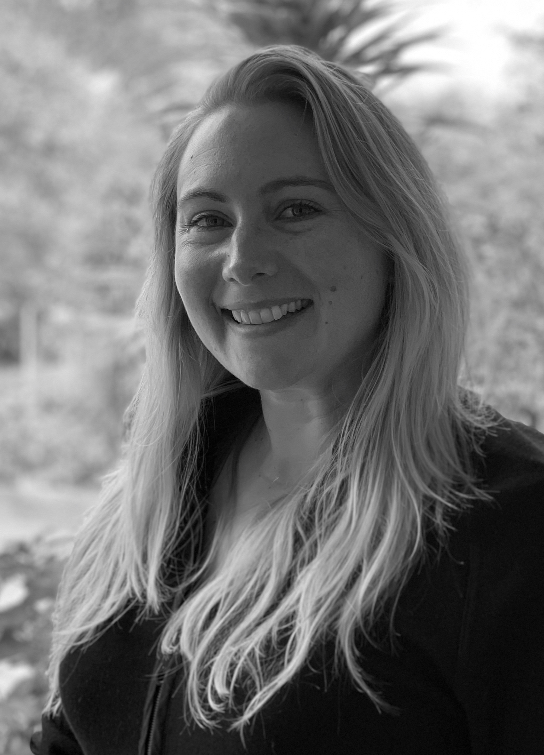 Sarah originates from a sheep and beef farm near Wairoa in Northern Hawke’s Bay. As a Massey University graduate with a BSc in Agricultural Science, Sarah has worked with sheep and beef breeders in New Zealand on numerous breeding programmes, predominantly involving composite sheep breeds. She has spent time overseas, working for Innovis - Breeding Sheep, the leading supplier of performance recorded forage-reared rams to the UK livestock industry and more recently in Australia working with composites and Merino. Sarah's role is based in the field, managing sheep progeny tests, research programmes and working with our breeder community. 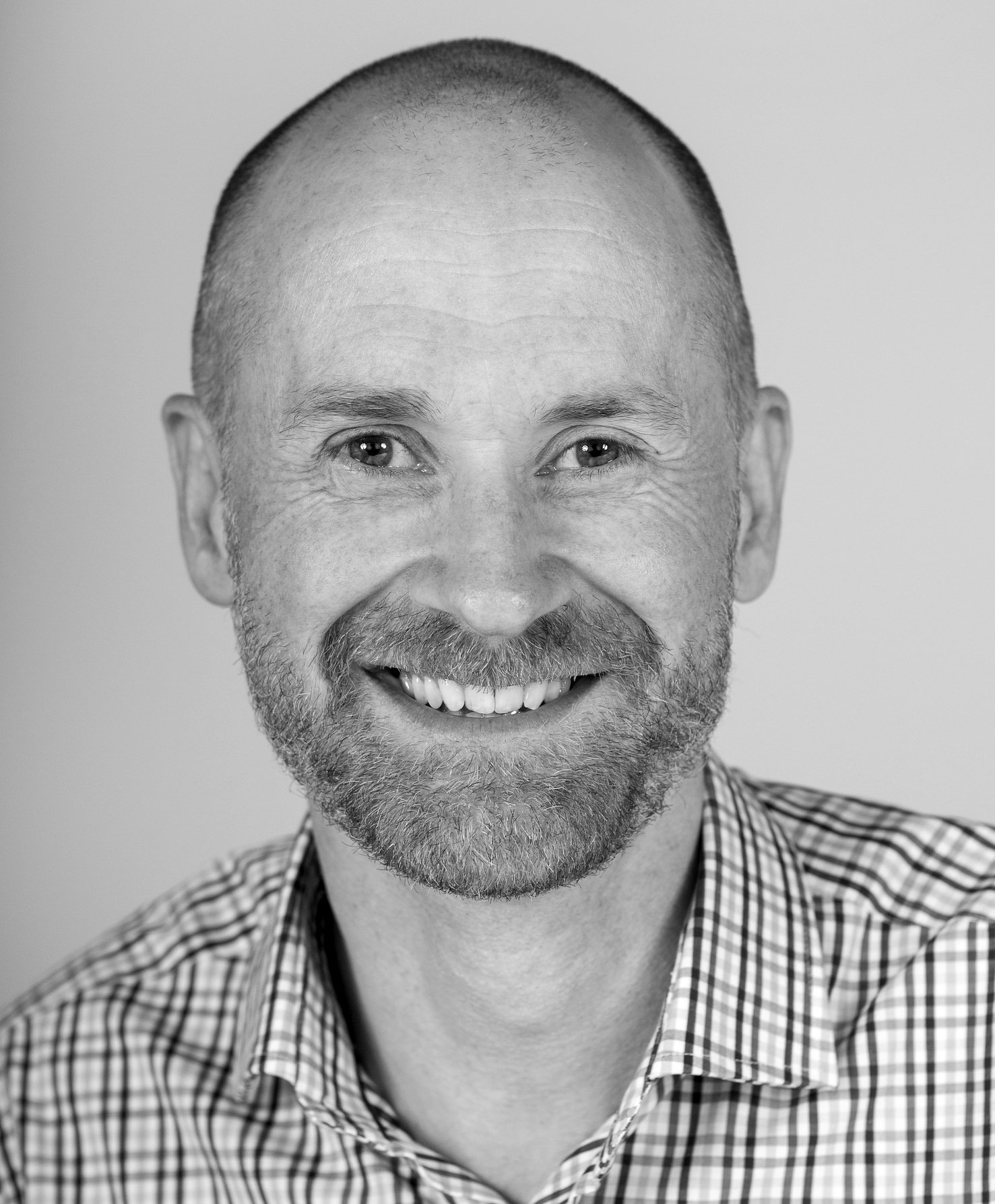 In his role, David provides project management overview and supports collaboration in our IT projects. He also contributes to B+LNZ Genetics' technology strategy, both within the sector and internally. David has worked in the IT industry for more than 20 years, successfully developing software and managing teams across a range of industries. He recently managed the development and maintenance a large global genetic evaluation system - including team management, partner collaboration, requirements gathering, architecture, change control and implementation.

“The rapidly developing genetics landscape presents many opportunities and challenges. Selecting the right technologies and people to work together effectively is critical for B+LNZ Genetics to deliver the right tools and technology to continually advance genetic gain in New Zealand.” 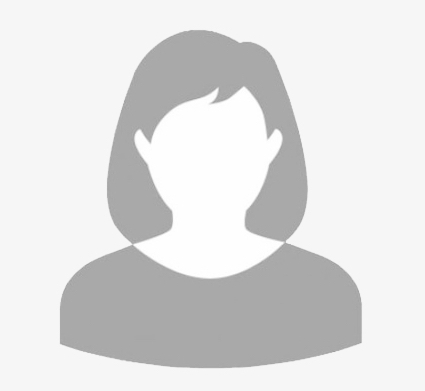 Suzi Keeling is the Sector Science Strategy Manager at B+LNZ and is responsible for overseeing the research portfolio. Following the integration of Beef + Lamb Genetics into B+LNZ, Suzi has the opportunity to enhance the linkages between genetics research and other B+LNZ research projects. In addition to building the profile of research led and funded by B+LNZ it will also increase the potential for wider uptake and awareness of research outputs. Suzi originally trained as a microbiologist who later specialised in molecular diagnostics. Following the completion of her PhD that looked at the microbial safety of reusing wastewater to irrigate dairy farm pastures in Victoria, Australia she has worked in a number of different research areas. This includes research relating to animal, environmental and human health and food authenticity helping to support a number of different sectors including livestock, aquaculture and apiculture. 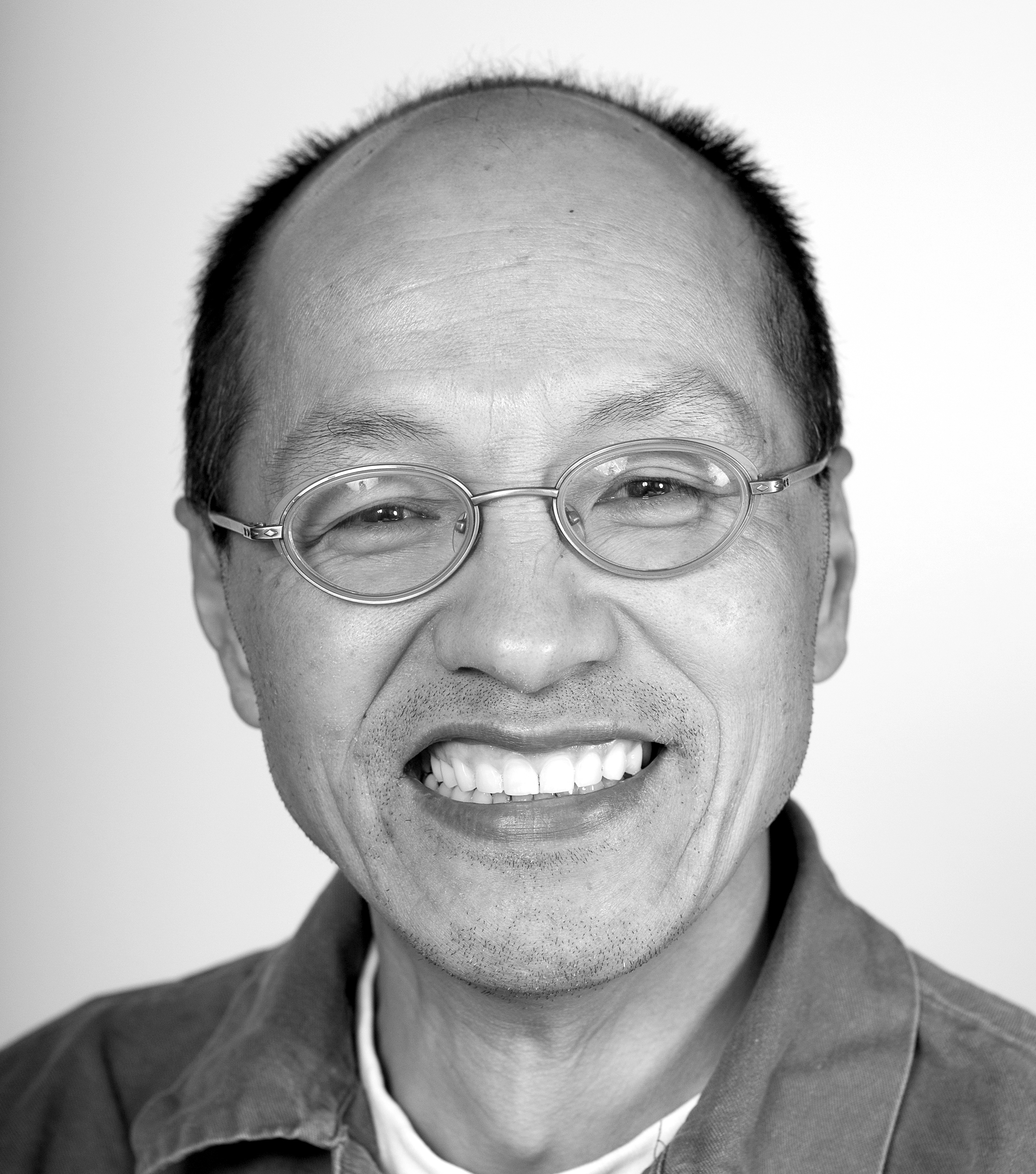 As Lead Scientist, Michael has oversight of B+LNZ Genetics’ science projects and he is also involved in developing the genetic evaluation infrastructure for sheep. Michael has a PhD in Genetics and also studied economics. He worked in Sweden earlier in his career – in plant breeding and with a start-up biotech – before moving to the UK and transitioning into health economics. Michael has worked at AgResearch and Pfizer (now Zoetis). Alongside his B+LNZ Genetics role, he is also part-time at University of Otago. Michael’s own particular field of research is in sheep maternal traits and genotype-by-environment. 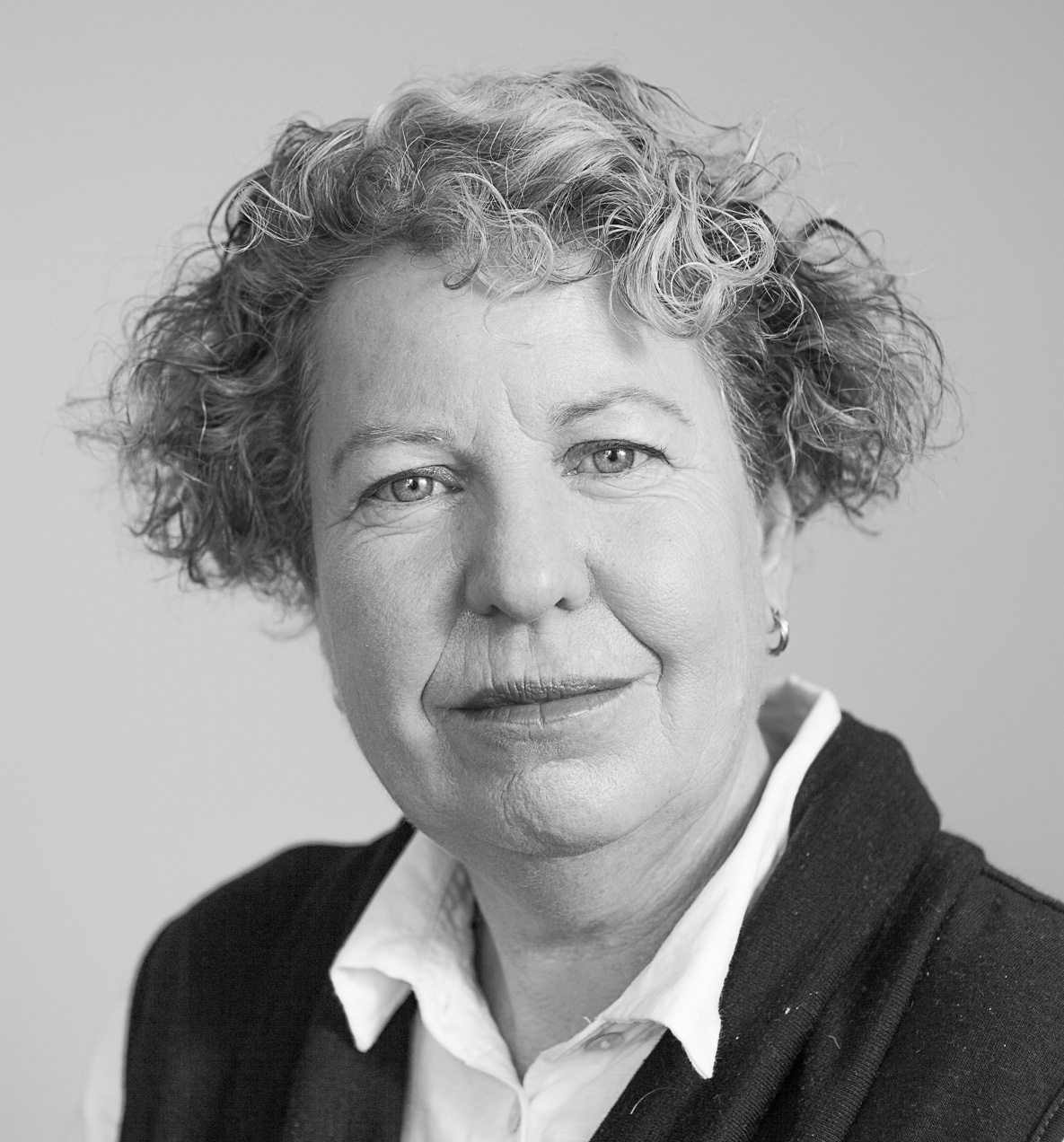 Sharon works predominantly with SIL, testing new developments, co-ordinating technical developments through to the B+LNZ Genetics’ extension team and problem solving. She has been with the organisation since the outset and was previously an agricultural consultant. Sharon has a Bachelor of Agricultural Science and a Masters in Animal Science (Animal Breeding Management). Alongside her SIL responsibilities, she also manages the New Zealand deer industry’s genetic evaluation

“Sheep farming systems, challenges and climate vary hugely across New Zealand. It’s important that SIL offers breeders the ability to record a range of production, health and welfare traits that address those challenges. Sheep breeding needs to be forward focused, if it’s to successfully provide long-term sustainable improvements that meet the objectives of breeders and their clients.” 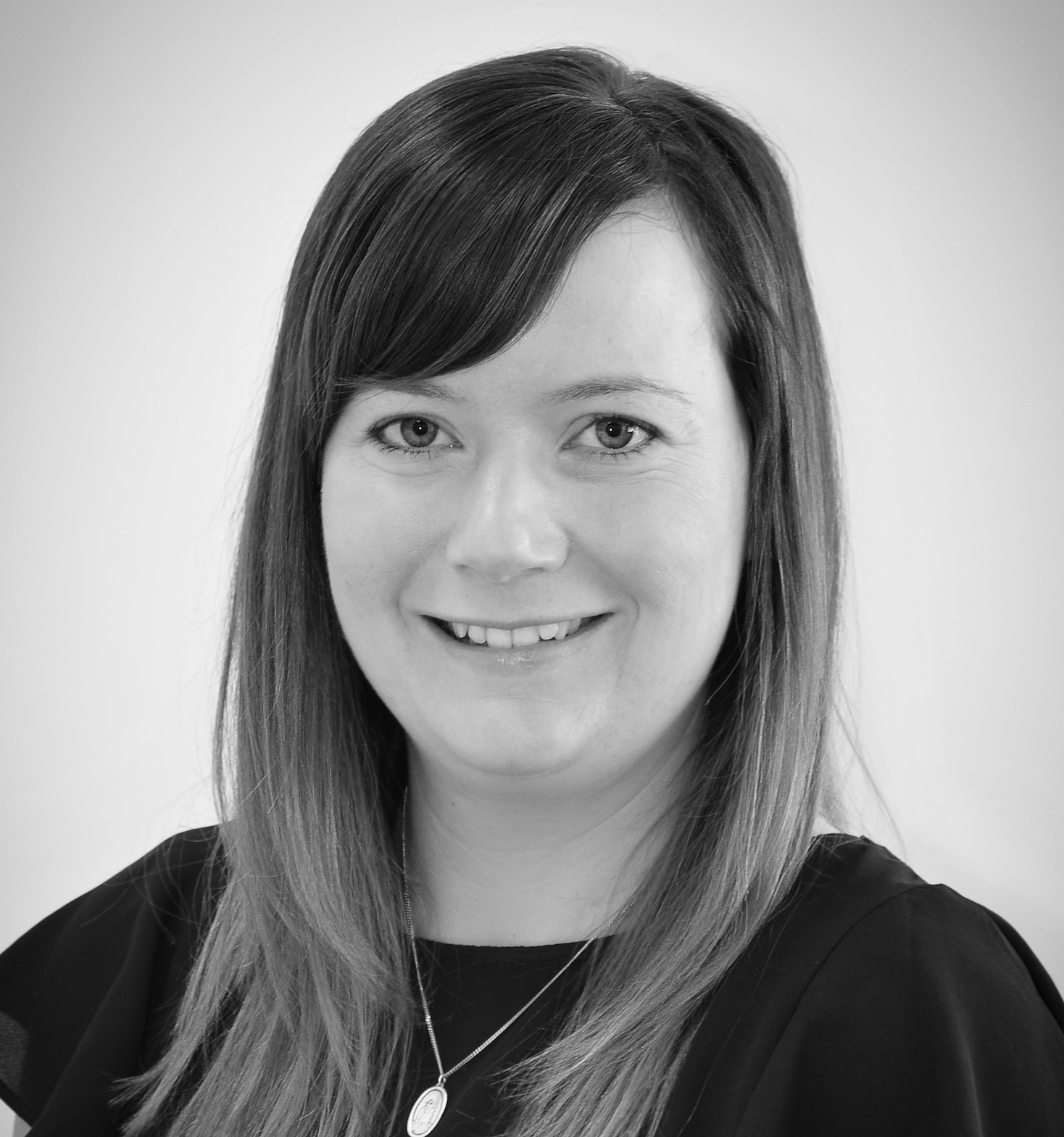 Jacqui hails from South Otago (Tuapeka Mouth) and is no stranger to the genetics industry, as her grandfather ran a sheep and horse stud breeding operation. She joined B+LNZ Genetics in July 2018, having previously worked at Genomnz - the DNA testing laboratory at AgResearch, Invermay. While working full time at Genomnz, Jacqui studied for her Masters in Applied Science, (Science, Innovation and Enterprise), graduating in 2016. She also holds a BSc in Zoology and BA (Hons) in History from the University of Otago.