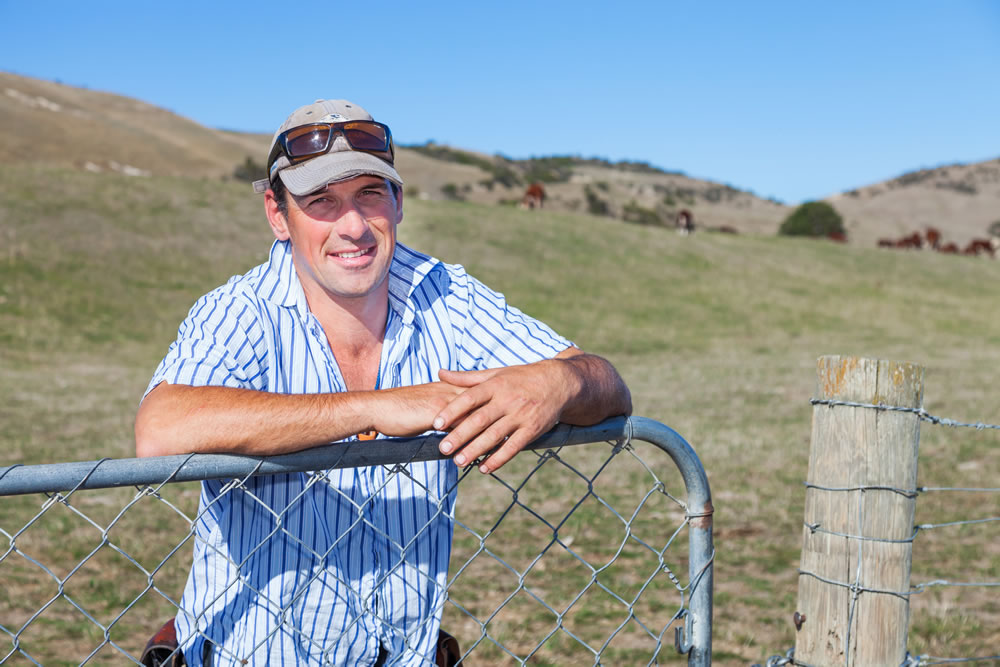 Beef stock units are made up of 1150 breeding cows and 180 rising-one-year-old heifers. The herd is a mix of Hereford, Angus and crossbreds. About 750 rising two-year-old steers are finished annually, which include about 300 bought-in steers. There are also 50 young Hereford bull calves, retained for sale into the dairy industry.

Simon has been at Mendip Hills for eight seasons and, when he arrived, the breeding cows were purebred horned Herefords. He is a fan of hybrid vigour and started buying in some Angus bulls. The result is today’s crossbred herd.

Simon says there is no compromise for good breeding. “It’s good value for money. You need good females, because they’re the backbone of your business. We buy in a lot of steers, so we see good cattle and bad cattle – animals that don’t fatten and have poor temperaments.”

“We also know where we are today and we’ve come from in the past eight years, with regard to our cow herd. The difference is huge. We’ve made major gains from selecting good functional bull genetics.”

Male progeny and excess heifers are finished as rising two year olds with a target carcase weight of 310 kilograms and 230 kilograms respectively. The operation also buys in 600 steers to finish alongside their home-bred steers.

Replacement heifers are Hereford and crossbred animals. Simon selects heifers that will work on the property’s harder hill country, which is summer dry and winter cold. He wants cows that are not too large or rangey, have an easy temperament, and have the constitution and confirmation to handle the property’s sometimes trying conditions. “We want a mature cow that isn’t huge – and one that can put fat on her back over summer, as well as produce a calf, then winter off her own back.”

The newest bulls go to the heifers – “youngest heifers to newest genetics”.

Simon“does and does not” look at EBVs. “ I pick on type – a good barrelly, easy-doing animal – then look at EBVs, particularly mature cow weight. He peruses the catalogue of his favoured studs, then works with his stud stock agent to short list the specific bulls to view, before visiting the studs about three weeks out from their sales.

In addition to the EBVs, Simon also studies the actual data on each bull. For instance, carcase figures, calf weights, and how many calves a cow has produced in her lifetime.

The B+LNZ Genetics Beef Progeny Test involves artificially inseminating 430 mixed-age cows and 95 heifers in the 2014/15 and again in the 2015/16 season.

The cows and heifers are DNA recorded before being inseminated with semen from a total of 11 Hereford bulls during the first year; further bulls will be added next season. The process included input from Simon, the Hereford Society, Mendip Hills’ stock agent Graham Sidey and Hereford breeder Gray Pannett. Hereford bulls were selected to give a range of types, but making sure they fitted with Mendip Hills’ commercial goals. It also included bulls with high percent IMF EBVs, and both horned and polled Herefords.

Mendip Hills is involved in the test for several reasons. Simon has a personal interest in beef genetics and says the property values the opportunity to contribute to a project that will benefit the beef industry as a whole. He says the DNA recording of cows and heifers is a bonus for the operation, as is the chance to trial international genetics in their commercial environment.

Simon is as curious as the next farmer about what the test will reveal. “I believe there’s value in good genetics. But is there? We’ll find out.”