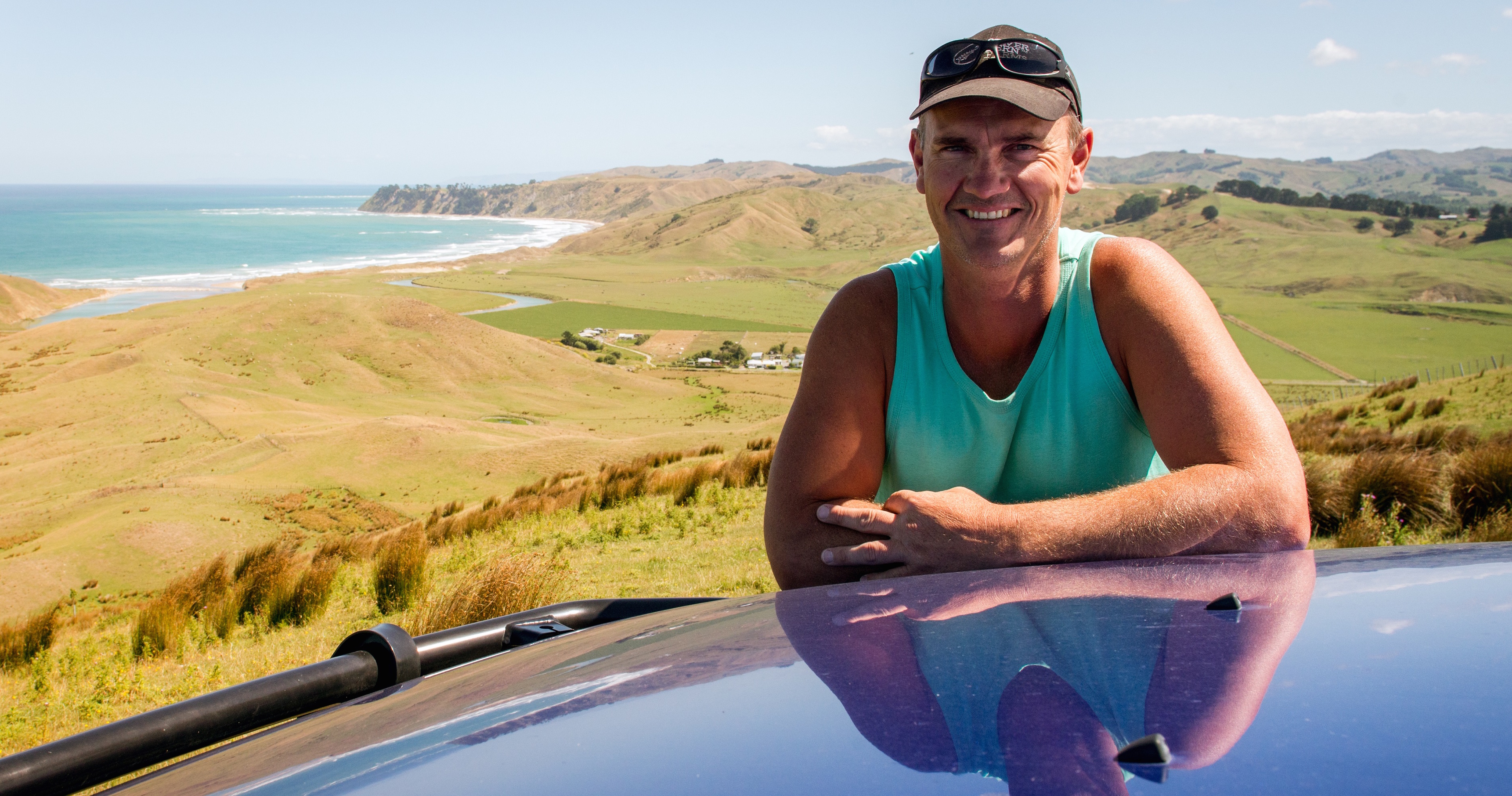 Manager Richard Scholefield (pictured) took up his role in 2007. He inherited a solid, traditional Angus herd with a 30-year history, as well as a crossbred herd. He made the decision to consolidate to an Angus herd and, by 2015, the only evidence of crossbred genetics is about 200 of the older cows, who will disappear over the next year or so.

When he considered the herd’s future direction, Richard was not adverse to moving away from Angus or pursuing the crossbred option. “But, in the past eight years, Angus has come a long way with its brand – as has Hereford – and there are premiums in the market because of that. And I must admit that I like Angus cows.”

Why is Whangara involved in the B+LNZ Genetics Beef Progeny Test?

Richard is a believer in estimated breeding values (EBVs). “I operate in a very traditional East Coast area, where EBVs are frowned upon. For me, I’d like to show farmers that you can increase your beef cattle performance by selecting higher EBVs for certain characteristics.”

The 1600 cows are run as two mobs of 800: an “A herd” made up of the top cows, which are mated to Angus bulls to produce maternal genetics for the future; and a “B herd” which is mated to Simmental bulls as terminal sires.

About 300 of the top rising-one-year-old Angus heifers are mated to low birth weight Angus bulls. Replacements into both the A and B herds must be Angus and must have reared a calf as a heifer.

For the past four years, Whangara has also scanned the heifers for intra-muscular fat (marbling) and eye muscle area – using the same scanning process studs use for EBV measurements of their bulls – and then used those measurements as part of its selection process for determining if a heifer joins the A or B herd.

Male Angus progeny are all castrated and finished as 18-20-month-old cattle – at an average carcase weight of 270 kilograms. About 15 per cent are carried over to finish a year later. The Simmental male progeny are kept entire and finished as bulls.

“The first thing is EBVs – looking at fertility, 400- and 600-day growth rates and in the past three of four years I’ve also been looking closely at EBVs for eye muscle area and intramuscular fat.”

Richard starts with the New Zealand Angus Association website, using its online bull selector programme (link at foot of story). He specifies the EBV ranges for his target traits, then narrows the search down to about 40 bulls. In recent years, he has found bulls from Tim Britian’s Storth Oaks stud (Otorohanga) and Bryan Bendalls Seven Hills stud (Wairarapa) generally match his criteria, as well as Kahaku stud (Canterbury) and Te Mania Angus (Kaikoura). The operation also purchases low birth weight bulls from the Seven Hills stud to mate with the heifers.

Whangara supplies into Silver Fern Farms’ Beef EQ programme and achieved a 28 per cent success rate in the 2013/14 season – on a par with the national average. Given the operation’s focus on carcase characteristics, Richard is disappointed at the percentage and wants to see three quarters of their processed cattle achieve Beef EQ status. “We should be right up there, but there’s quite a lot of variation between animals and how they grade. It’s not just about genetics. It’s feeding and age as well.”

Alongside the B+LNZ Genetics Beef Progeny Test, Whangara is also involved in a FarmIQ project investigating how to get more cattle within spec for Beef EQ. “It’s good to finally have an objective carcase assessment like Beef EQ available to farmers, where you’re rewarded for producing a superior product.”

The 385 cows are DNA recorded and then inseminated with semen from a range of bulls, including both international and New Zealand-bred sires. In all cases, the focus is on selecting genetics with carcase characteristics that match Beef EQ criteria. All progeny are then tracked, with their parentage verified. Steers and cull heifers will be assessed on their carcase traits, while replacement heifers will be tracked for their maternal characteristics.

AI and the logistics

Richard has always wondered about the viability of artificially inseminating cows on a commercial scale. The progeny test gives him the perfect opportunity to stop wondering and find out.

“You pay about $10,000 for a commercial bull. You can do a lot of AI for that sort of money. Why can’t we use the same international genetics the top studs here use? The technology is there.”

Richard says there will always be a need for bulls as a follow up, but he can’t help but ask the question around the potential of AI. “The progeny test will really get people thinking.

“Selfishly, I’m involved because I want to look at the costing. Does AI stack up in a commercial operation? I can compare traditional New Zealand bulls with the top 5-10 per cent of bulls in the world. What difference will we see in growth rate, fertility and grading?”

AI costs are about $80 to $100 per cow, depending on the semen, with about half the expense being the drugs and insemination. Pregnancy testing in March will reveal the success rates, with an entire bull used to follow up.

The process on Whangara involved three yardings – with the calves being removed in each case – for the administration of hormones and the insertion and removal of CIDRs, before the insemination itself.