A recent upgrade of SIL’s genetic engine means every ram sold by a SIL breeder now has a single “index”: one number that’s comparable across all rams, regardless of breed.

The higher the number, the better the ram.

Dual purpose rams have a New Zealand “Maternal Worth” figure (NZMW). The average NZMW is 1600.

Terminal rams have a New Zealand “Terminal Worth” figure (NZTW). The average NZTW is 1150. Terminal rams have lower scores than maternal rams, because their figure is calculated from a smaller number of traits. (See table.) 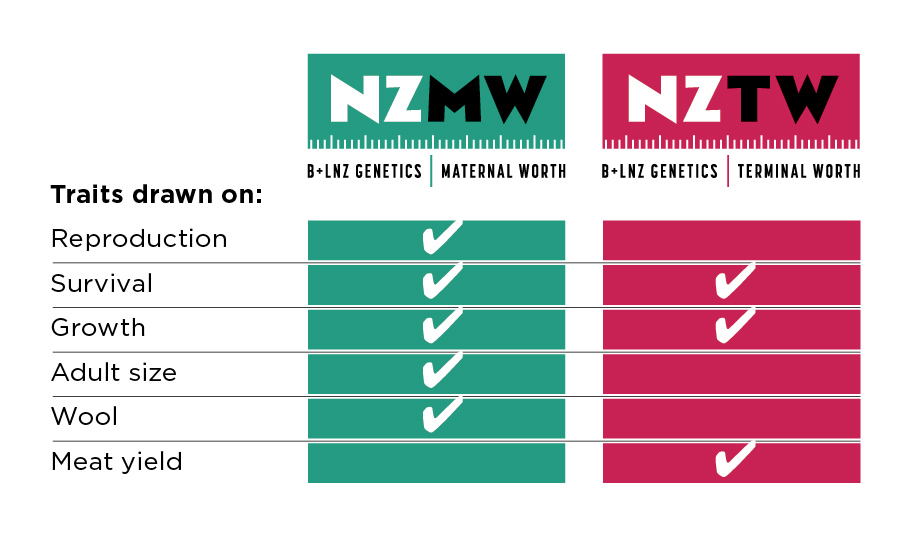 If you’re breeding both replacement and finishing stock, then look at rams with a high NZMW figure.

If you’re only breeding terminal stock, then look for rams with a high NZTW figure.

Want to target specific traits, like FE tolerance or resistance against internal parasites? NZMW can do that.

Again, the higher the number, the better the ram.