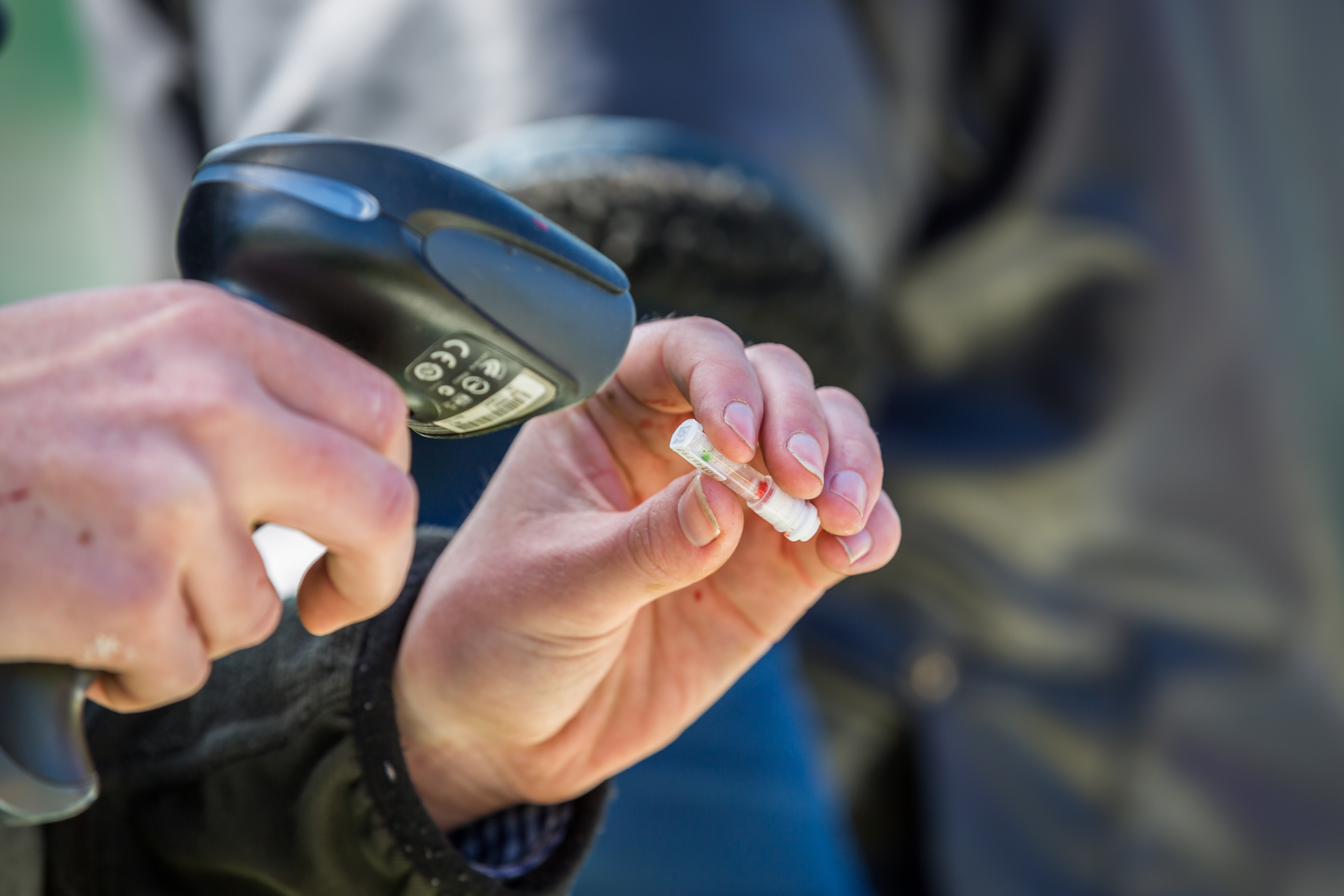 The popular Sheep5K tool was launched in 2013 and has just undergone its fourth re-calibration in as many years. Due for release this spring, the latest version is more accurate, the number of traits available for assessment has risen from 22 to 34, and five breeds can now use the tool (Romney, Coopworth, Perendale, Composites and, in part, Texel).

“It’s a great example of New Zealand recognising its strengths, but also its weaknesses. We need to partner strategically – and that means internationally – if we want to keep pace with the leading edge of genomic technology.

“While New Zealand farmers own the intellectual property behind Sheep5K, it needs strategic partnerships – financial and expertise – to improve the technology.

To that end, B+LNZ Genetics engaged with experts in Australia, USA, Finland and Ireland.

“The ‘competition’ here is not sheep producers in other countries; it’s other protein producing industries around the world. They are using genomics and other science-based approaches to make productivity gains. Sheepmeat has to keep up or it will be relegated to the status of a cottage industry.”

“It’s a step change, along the lines of what we experienced with the inception of SIL, the across flock and breed evaluation SIL-ACE, and the establishment of the Central Progeny Test. Genomics technology, like Sheep5K, give us another lift – potentially double the lift of the other technologies cited.

“It can be done, but adoption and education are the issue. There are still a lot of non-believers who are bagging it – holding New Zealand’s GDP back.

From a breeder perspective, the improved tool generates a return on their investment by helping identify superior animals earlier in their lives, improving selection accuracy and therefore speeding up genetic gain, says Mr Leibergreen.

Nationally, there is also a significant opportunity. “The national ewe flock is in decline. If we apply genomics effectively, we could proactively decrease the flock size even further, but maintain the same level of lamb production. That ticks a lot of boxes – financial, environmental, sustainable. There are also massive gains to be made in the health traits, which will have a big flow-on effect for commercial farmers’ bottom lines.”

Zoetis Genetics Area Manager Johanna Scott says genetics is part of the platform driving on-farm profit. “Farmers need to trust that the science works and understand what their own breeding objectives are and where they want to go.”

Ms Scott urges commercial farmers to choose their breeders objectively, based on all of the information available to them – including whether or not they use genomic tools.

“Sheep farmers in New Zealand are lucky to have B+LNZ Genetics investing in areas, such as genomics. I hope this new calibration encourages farmers to believe in the science. Breeding values work. Genomics work. Genetic gain is a real concept.”

The age of big data

B+LNZ Genetics Lead Scientist Dr Michael Lee says we are in an age of big data.

“New Zealand can adapt technologies, but – if we want the latest for sheep  - we can’t rely on others. Without decades of commitment to R&D from New Zealand, we would not be in a position to have our current ambitions and would be significantly behind, compared to other species, such as chicken, pig and cattle.”

Dr Lee says the next step is single step evaluation. “This will also allow us to simplify and streamline the software infrastructure used for genetic evaluations.

“In principle, the single step system will provide a ‘re-calibration’ each time a normal evaluation is done, which is weekly. This means a more optimal use of data.”